I’ve decided to not take anything anyone says during false spring to heart. False spring is false spring for a reason. Just when the nights feel warm enough to sit by the pond as crickets chirp and owls hoot, you wake up to snow falling outside your window. Hurtful words from a dear friend. Don’t take anything from false spring seriously. Summer will vacate any false premises. Any false feelings. “April is the cruelest month,” and I am thankful for it to be over.

Now the days are full of rain, but right before sundown, there’s a semblance of clarity as a golden glow washes over the hills. I run with my glasses off––everything in the distance is hazy. I am practically anywhere I’d like to be. I hope you are where you’d like to be. Here are some songs to guide you through the restless final moments of dizziness and uncertainty. May will bring a change.

As a gentle ballad, the upbeat jangle in “When Morning Comes to Town “ disguises the narrator’s melancholy. Like an aubade, there’s a sense of moving on and letting go before the next light of day. The lyrics mimic the circular progression of the song: “When evening comes back ’round / I’ll be somewhere alone / Somewhere far away / What about you?” The ending is final––the narrator hardly knows what’ll come of his ex-lover except that they will be forever in his thoughts. “Something once precious will / End for all of time.” Why must people leave so suddenly? Even without any real resentment or cruelty? After all that has been exchanged and felt. Though it could’ve ended worse. Maybe he’s cutting ties prematurely. Before someone gets hurt. His ambivalence rings true at the end. “No rain or cutting words / I’m happy to go out like this / If happy is the word.”

Childlike and full of naïveté, The Pastels are not entirely huge fans of the term “twee.” However, their lackadaisical sound brought about an unpretentious charm that made room for indie bands yet to come. Slow Summits is perfect for these dreary spring days. Oncoming storms and rising humidity. “Night Time Made Us” brings a soft melody fitting for lilac petals floating through the air. There’s something carefree about the backbeat and the loose strums. “Aero planes in the summertime low in the sky / I can never say goodbye.” Stephen Pastel’s imagery is pure bliss. Yet a bliss with a hint of longing: “Nighttime colors remind me of things / we used to do.” The flutes add to the gushing quality of the song, of its nostalgic raindrops lingering on your yellow raincoat. Like childhood, there will be an end to things as Stephen sings about walking through cemeteries only during daylight. “I wanted to steal something that was already mine.”

Fittingly from his 2014 album Haunts, ambient artist German Error Message creates a moving world through “Everything is Scary.” The simplicity of the chords lulls you in a dreamy, familiar way. We’re immersed in childhood: “Describe the way the sun hit / A tree you saw when you were ten.” But something suffocates as Paul Kintzing’s voice builds in agency. The song itself is that bittersweet drive through the place you grew up. There’s something to be feared––whether adulthood or the overall gloom. “I think of everything / When I’m driving not knowing where I’m going.” You’re no longer in control. You surrender to old thoughts, memories, confusion. A whirlwind of lost desires and “what-ifs.” The separation between the two worlds: “Hearing bass boom / In your new neighborhood.” All you are left with is static.

Formed in 1985 as Christophe Petchanatz’s main musical project, Klimperei lists itself as “toy-music, minimal, neoclassical, whimsical, avant-garde, lunar, overturned toy box” on their Bandcamp. Listening to Klimperei makes me feel like a wind-up mouse, sitting in a corner, waiting for the bookshop cat to finish his sunbathing. In his series of solo improvisations comes “Julio Cortazar” on Improvisation With Myself, Vol. 2. Following an extensive list of authors from George Bataille to Flannery O’Brien, Cortázar’s piece contains a whimsy ideal for spring. Little bells chime throughout as bits and bobs of toy sounds drift in and out. Yet he still maintains a minimalist sensibility. If you want to experience something that sounds orchestrated by a set of Calico Critters, then listen away.

Deadpan yet charming, Liz Phair has a talent for turning blunt observations into something radical. Girly-Sound, her former artist name, provides the unadulterated rawness of “Fuck and Run.” Released on the 25th-anniversary box set Girly-Sound to Guyville, this demo from her Girly-Sound tapes exposes the unnerving qualities of the song. Maybe it has something to do with how casual everyone seems to be in the days of social media and Tinder, but the lyrics hit hard as someone who craves depth. She brutally depicts the sadness you feel, knowing the person you’re with is ready to start the day without you: “You got up out of bed / You said you had a lot of work to do / But I heard the rest in your head.” You’re not actually in their life. You never were. Her honesty is reassuring: “I want a boyfriend / I want all that stupid old shit / Like letters and sodas.” That’s it, really.

With over a year since lockdown first started, the circularity of everything is beginning to reveal itself. The The, Matt Johnson’s dance-flavored pop project, has a reflective yet indulgent song to soundtrack your repetitive days. “This Is the Day” begins with a crystalline glimmer of sounds before making way for an upbeat accordion. The The depicts the unadulterated moments of bliss followed by its harsh comedowns. “You’ve been reading some old letters / You smile and think how much you’ve changed / All the money in the world / Couldn’t buy back those days.” The narrator calls you out––you know better than to spend your days living in the past. The chorus alludes to the false promises you make yourself, the hopes that something will happen: “This is the day / Your life will surely change / This is the day / When things fall into place.” It’s an ode to adulthood, how easily time slips through your fingers without even realizing it. Despite the self-doubt, “You could’ve done anything / If you’d wanted,” change will certainly come. Nothing is stagnant forever.

A hidden track in Suburban Light’s 2001 remastering, “May Has Brought a Change in You” is an epilogue to all the rain and fairy lights running through the rest of the album. We are growing alongside the flowers. We are no longer stagnant figures watching from the window. The way the guitar flutters by is reminiscent of butterflies on long walks through fields. Alasdair sings, “Something inside has been erased,” yet not all change is bad. There are still dreams to be had. You can’t hide inside your bedroom forever. How long will this feeling last? For we know how the summer goes. How it twists and turns. We’ll be watching nothing but the shadows crawl up our walls in no time. For now, only clouds and blowing dandelions. Loads of hope. “And love has opened up your heart.” 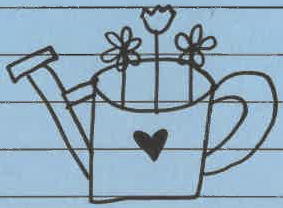 Ashley D. Escobar is a fourth-year student, music columnist, and author of debut poetry chapbook SOMETIMES (Invisible Hand Press). Her plan focuses on solitude and human connection through the lenses of literature, philosophy, and art. Her work can be found in MAI: Feminism & Visual Culture, Expat Press, and BlueHouse Journal, among others. People watching is her favorite hobby, along with taking trains without any particular destination in mind.