CAPA Conversations – Alexandra Minna: White Nationalism from Trumpism and Beyond

“CAPA Conversations: Climate Change, Race, and Displacement” comprises a number of Webinars “committed to developing new, horizontal, and more egalitarian models of global and transnational educational solidarity to address the refugee crisis.” On April 19th, CAPA Conversations hosted a Webinar called “White Nationalism from Trumpism and Beyond Confirmation,” which explored the 21st century expansion of the Alt-right movement in the United States.

The Webinar was presented by Dr. Alexandra Stern, an expert on scholarship about White Nationalism and Carroll Smith-Rosenberg Collegiate Professor in the Department of American Culture at the University of Michigan. Stern’s recent book, Proud Boys and the White Supremacist Ehtnostate: How the Alt-Right is Warping the American Imagination, explores the roots and emergence of the Alt-Right, as well as how it endangers democracy.

We have witnessed an upsurge in Alt-Right militant groups in the 21st century, which have been even more vocal ever since Trump’s presidency left a stain in contemporary (American) politics, which doesn’t seem to be washing out. From the Proud Boys to the KKK, white nationalists have been fearing “white genocide” for centuries in one form or the other. But the question at hand is: What is driving their aggressive agenda, filled with racist, sexist, and homophobic beliefs, now more than ever? Dr. Alexandra Stern tries to explain this phenomenon in her latest book by analyzing the underlying concepts that guide extremist groups. She presented some of the analysis at the CAPA Conversations Webinar, through which students could learn more about the rise of white nationalism and its overlapping forms of racism, xenophobia, and transphobia.

The presentation guided the audience through the timeline of the Alt-Right movement and its rise in the late 20th and early 21st century. During her presentation, Dr. Stern talked about some of the most prominent Alt-Right groups that dominate the movement, such as the Proud Boys in the United States and the Freedom Party of Austria (German: Freiheitliche Partei Österreichs, FPÖ) in Europe. She said that one of the main focuses of her research was analyzing their values by examining their nostalgia for certain eras in American society. A lot of her research consisted of combing through social media and capturing social media posts that she assembled as a kind of archive in order to understand the movement and its thinking. She went on to say that, “One of the most striking aspects is that there is a great yearning for earlier periods in American society when America was understood to be [predominantly] white.”

Dr. Stern also noted that understanding the gender aspects of white nationalism and similar Alt-right movements is really important in understanding how they function. These specific gender ideologies and ways of thinking “provide much of the glue for these movements.” She went on to say that when it comes to white nationalism, gender is thought of in terms of a dichotomy or a binary. They believed that “men will be men and women will be women, everyone will be cis-gendered and heterosexual.” This is why women are seen as a fundamental part of the movement; often viewed as needing to be protected and “needing to be saved from racial others […] or from hyper patriarchal Muslim cultures.” Yet, at the same time, the Alt-right male leaders like to make big proclamations about their masculinity while their female counterparts often reinforce these views on social media, which they call “Tradlife” – traditional life, posting about it on Facebook, YouTube, and Twitter. 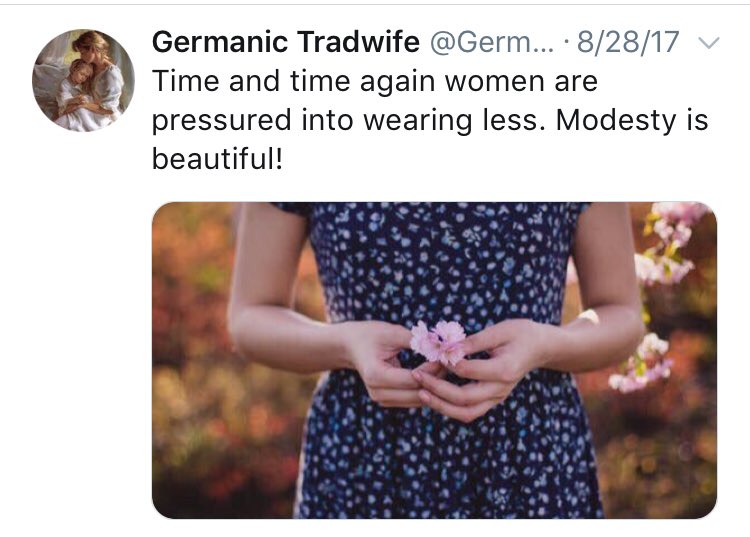 There is an essential need for them to live in their own communities and maintain these strict gender norms and gender roles, which explains why transphobia is one of the dominant elements of the Alt-right today. Dr. Stern concluded that even though homophobia is a huge part of the Alt-right, the existence of the non-binary and gender non-conformity causes a lot more anxiety and is, as she dubbed it, “the ultimate destabilizer” in these movements.

Lastly, she talked about Trump’s role in the rise of the American Alt-right movement and why these groups were able to thrive during his presidency. Dr. Stern pointed out that even though Trump was de-platformed and not reelected, he provided a “megaphone” and platform for the Alt-right on many occasions during his mandate, and often even fanned the flames of white nationalist propaganda and conspiracy theories. Notably, the Alt-Right had existed long before Trump was elected president, but his rhetoric and social media presence has definitely helped build up the confidence and outspokenness of these movements.

After her presentation, Dr. Stern devoted the last 20 minutes to answer some of the questions the listeners have posted in the Q&A section of the Webinar.

If you want to access more information about her work and career, you can visit Dr. Alexandra Stern’s website. And if you want to learn more about the CAPA Conversations, you can access the official page for the Spring of 2021.

Published in Beyond Bennington and Campus Life & Culture News